Bush aide: ’GOP is shrinking daily before our eyes’

Bush aide: ’GOP is shrinking daily before our eyes’
Posted by cullasaja at 10:25 AM 1 comment: 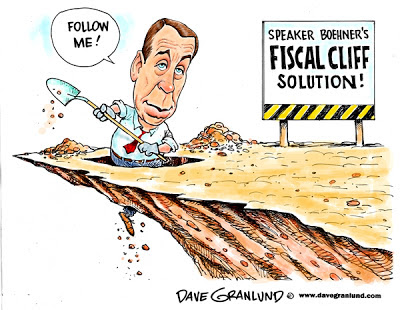 Posted by cullasaja at 6:18 PM No comments:

GOP misplaces their Binders full of Women, House Committee to be chaired by all men

The contrast in our political climate is telling when Democrats throw support behind female candidates as much as men, and call out Republicans for their War on Women, and yet twelve of the major House committees will be chaired by men in the 113th Congress. House Speaker John Boehner (R-Ohio) announced who will chair all of the major House committees in the next Congress on Tuesday, while apparently disregarding any female possibilities, as if they are confirming their bias. So much for ‘soul searching.’ Certainly no one can say there are no worthy females for such positions — as Mitt Romney noted, he has binders full of them. 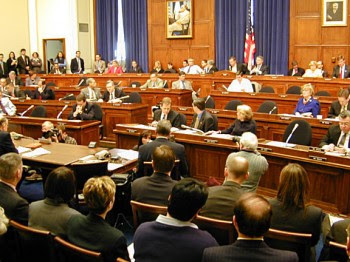 There isn’t one woman or minority included in the 19 House committee chairs — this is coming from the party, that now wants to be inclusive, after the election results poured in.
Via Politico:
Read more »
Posted by cullasaja at 8:27 AM No comments: 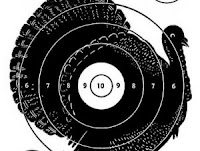 By Josh Harkinson
People who work in America's big-box stores don't have much to be thankful for, so maybe it's for the best that many of them can no longer celebrate Thanksgiving.
At Walmart, Target, and numerous other large retailers, Black Friday has become Black Thursday—a day that's much darker because it puts corporate profits ahead of, well, pretty much everything else that our country is supposed to care about.
This sad trend began last year at (where else?) Walmart, which announced that it would begin offering Black Friday specials at 10 p.m. on Thanksgiving night. Not to be outdone this year, Target announced a 9 p.m. Thanksgiving opening. But Walmart responded by pushing up the start of this year's Black Thursday to 8 p.m.
You don't have to be a marketing expert to see where our labor standards are going: retro. Like pre-1621 retro.
Thanksgiving is "one of the three days us retail workers get off a year: a day most of us spend with family we only get to see on that day," says Renee C, the author of a widely circulated petition to get Target to say no to "Thanksgiving Creep."
Target spokesperson Molly Snyder defended the company's decision to open on the holiday. "Target's opening time was carefully evaluated with our guests, team, and the business in mind," she told me in an email. "Thanksgiving weekend is one of the busiest of the year, and we appreciete our Target team's flexibility on this weekend and throughout the holiday season."

Read more »
Posted by cullasaja at 9:34 AM No comments: 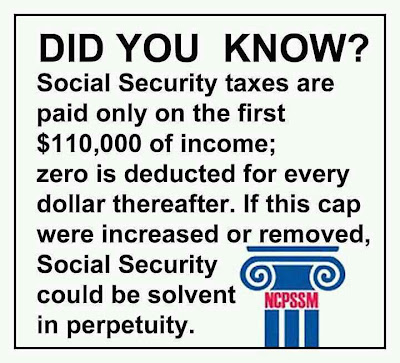 Posted by cullasaja at 11:35 AM No comments:

What could have been accomplished with that money had it been put to a better use?
Posted by cullasaja at 8:35 AM No comments:

Progressives can take comfort in the fact that the Court's ruling on corporate cash in elections is nothing compared to the peoples' resolve to push back against what it represented. The American people did not vote for cuts in programs, they voted for higher taxes on the very wealthy. 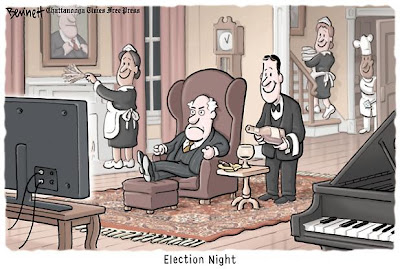 The Electoral College that actually decides presidential elections makes President Obama's win look like a landslide. But it also makes networks trying to keep viewers tuning in so they can sell air space look desperate. The Presidents performance over the next four years, without the worry of re-election, will determine the chances of a Democrat getting in the White House in 2016. Who's going to replace Obama? Now is the time to start grooming a successor either within the administration or in Congress.

This election also marks a cultural shift. Ballot measures that had failed for years, allowing the marriage of two men or two women in Maine and Maryland and legalizing marijuana in Washington State and Colorado, were voted into law.  Change is the one constant.


Like it or not, the reality is that after two victories by a person of color, the Republican Party stands on the brink of being irrelevant. How can or will the Republicans make themselves relevant as a national political party?The day of the angry white male voter rule is over. Of course, in some states, especially the South, it will linger for a long time.


Posted by cullasaja at 4:34 PM No comments: